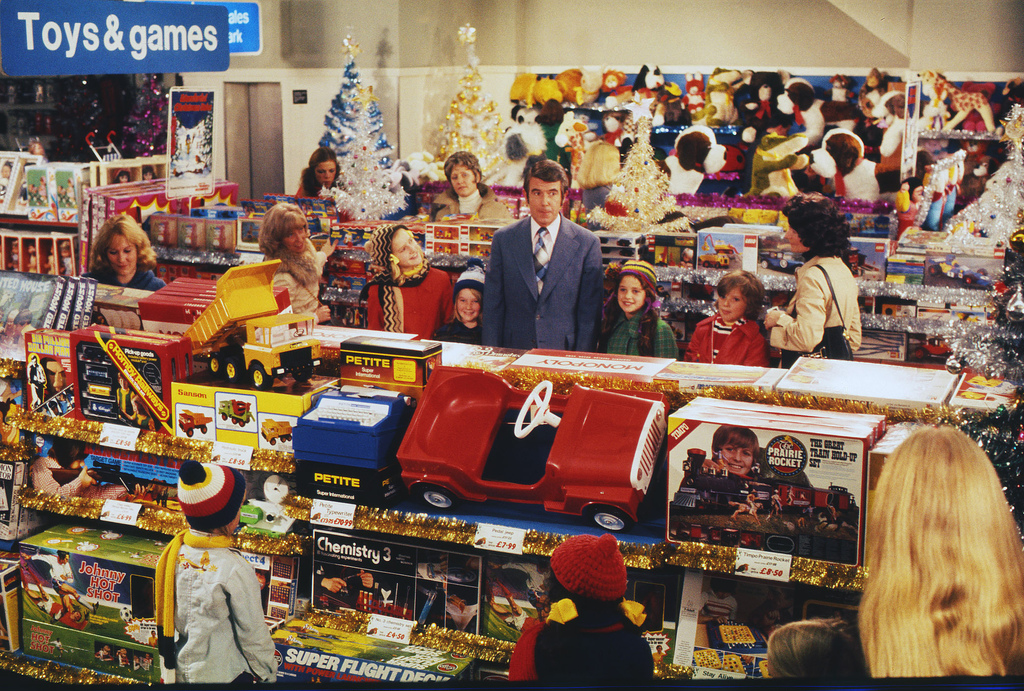 Delivering his Christmas sermon some years back a fella called Gregory of Nazianus, lamented to his congregation that the celebration had gone downhill since his day – now it was all about eating and drinking and nothing at all to do with the baby Jesus:

“Therefore let us keep the Feast, not after the manner of a heathen festival, but after a godly sort.”

That was in 386 A.D. and while much has changed since the 4th Century, one ritual that has remained fairly consistent is the twelve-monthly reminder that the “true meaning of Christmas” has been lost.

It’s nonsense obviously – for with the exception of those dark Puritan years when the festivities were done away with altogether – Christmas has always had very little to do with Jesus and much more to do with excessive eating and drinking and falling asleep in front of the Yule Log – and later Eastenders.

One marked difference in recent years is how much ‘ordinary people’ have begun to shell out on it all. Where once over-indulgence was the preserve of the very rich, in the post-war era and particularly since the 1970s Christmas spending in the UK has ballooned.

This year British families will blow some £599 on gifts alone and the UK consumer will collectively cough up a whopping £75 billion  – equivalent to six years membership of the EU – in one month.

That is the highest figure of any nation in Europe – way ahead even of our nearest rivals the Germans who, despite having invented our modern Christmas and having a larger population – will lay out £10 billion less on the festive knees up.

Every year we climb a little higher before throwing ourselves hurtling into the New Year debt precipice. Research in 2016 found that nine in ten of us will wake up in January with a credit hangover and 52% will still be paying off the bill the following Black Friday.

This carnival of glut doesn’t only dent our pockets it plays havoc with the environment too.

Over the three days of Christmas, we produce 30% more rubbish than usual and as a third of us bin Christmas dinner before it’s even reached the table we might just as well flush a couple of hundred quid into the sewer. 83 square kilometres of wrapping paper will be dumped or recycled. 6 million Christmas trees will be discarded or incinerated.

It doesn’t have to be this way. Indeed – spending a lot less might even mean that you enjoy it a whole lot more.

They apply the same logic to presents.

That novelty magic set you bought to get them away from a screen will get opened once, before being shoved under a bed. That science thing you purchased won’t get unwrapped any further than the picture on the front. The old fashioned board game might get played before somebody conveniently loses all the pieces but I wouldn’t bet on it.

Much the same is true of adults.

You will never wear, use, read, watch, or even return that random thing your loved one bought in desperation – not least because the receipt will have been lost.

Every year we collectively blow £75 billion on impracticable things to place under a tree that is slowly dying….. because.

And then there’s family. We all love our families, of course we do – but at a distance. And does having them hanging around yours really improve the quality of the experience? Do you really want to be locked in a room with Uncle Jeffy for two days and nights trying not to talk about Brexit? Why are you feeding racist Aunty Sue roast potatoes and cabbage simply because Andy Williams would have you believe it’s the most wonderful time of the year?

I know it’s unfashionable to point at other countries and say they do these things better than us, but the French, Spanish, Dutch and Italians do this – well – better than us and all spend a fraction of the money we do on having just as much fun of it.

Perhaps, rather than impressing on us once more the need to ‘rediscover the true meaning’  – the heirs of St Gregory could emphasise that you don’t need to waste a lot of money on a load of useless crap – in order to have a good time.

Eat, drink and be merry – but don’t bankrupt yourself in the process.

iThere are no comments

Begin typing your search above and press return to search. Press Esc to cancel.